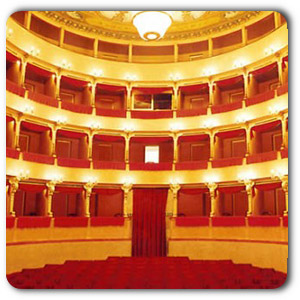 The construction of the Sanzio theater began in 1845 and lasted until 1853 when the theater was inaugurated. The project was built on the area above the fifteenth-century tower that dominates the Mercatale area and contains the famous ramp of Francesco di Giorgio Martini.

The construction of the theater has been a real urban planning operation, designed by the architect Vincenzo Ghinelli from Senigallia, a real expert in construction plays. Ghinelli presented his project in competition with another, prepared by the architect Giambattista Meduna, who designed and directed the reconstruction of the La Fenice theater in Venice in the 1836. Eventually Ghinelli won thanks to his renovation project of the general area surrounding the theater, which includes the semicircular forecourt in front of the theater, the long portico of Corso Garibaldi and reorganization of the Pincio public garden.

For the inauguration was performed “Il Trovatore” by G. Verdi with a cooperation of famous artists.

The external faГ§ade is all brick and it is divided in two tiers by an architrave supported by Doric columns also of brick, typical creation of the late neoclassicism of which Ghinelli was a faithful follower.

Entrance to the theater are exposed the marble bust of Raffaello by Carlo Fiselli and a statue of Bramante made by Gianbattista Pericoli.

The hall has traditional horseshoe-shaped arrangement, three plans with 56 seats in total, the balcony, the gallery, a stunning ceiling decoration made by Raffaele Antonioli and the stage curtain by Francesco Serafini, which show a perspective view of the square in front of the Ducals Palace, the Cathedral, the Egyptian obelisk and an imaginary monument of Raffaello Sanzio.

The decorations of the balustrades which included nineteen effigies of famous people, first of all Raffaello Sanzio to which the theater is dedicated, have been cleared and partly removed during the last renovation, completed in 1982 by architect Giancarlo De Carlo. The renovation has also radically changed the atrium and the adjacent areas.

Next Performances at the Thatre

DEPARTMENT OF CULTURE AND TOURISM – CITY OF URBINO 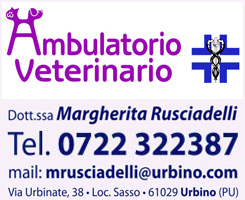 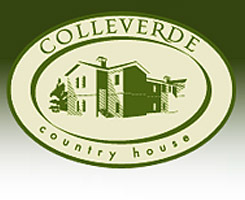